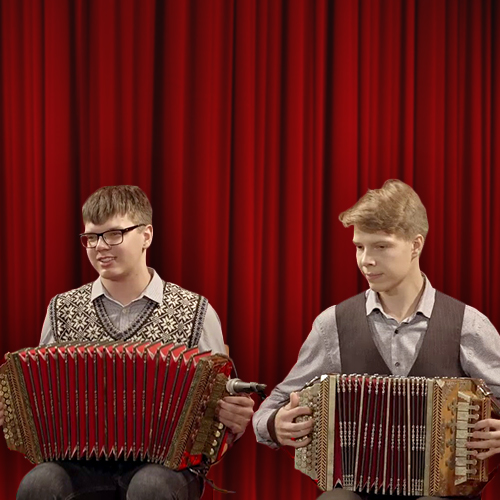 The Estonian accordion duo Herbert Konnula and Oliver Leppik was formed in August 2018 for the TV competition „Rahvalõõts Pluss“ („Folk Accordion Plus“).  The young men share an interest in the traditions of Estonian accordion. Herbert Konnula comes from Urvaste and is currently studying in Tartu, H. Eller Music Schools folk music department. Oliver Leppik is living and studying in Elva –  he has only played accordion for just over a year, but is learning fast due to his dedication and enthusiasm. Lately they have often been present at Tartu dance club as on-call musicians of the younger generation, always ready to play if needed.

Young accordionists performing in the TV Competition of 2018: