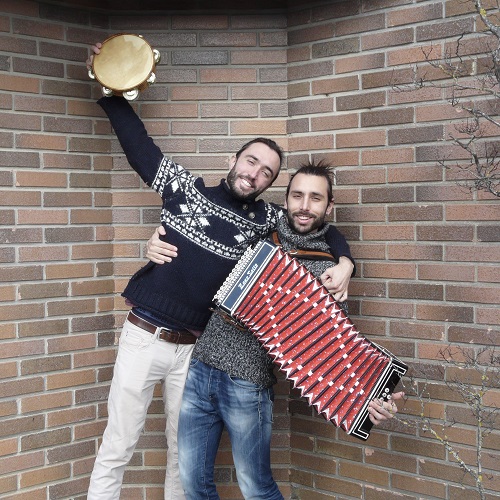 The Zabaleta brothers (Zabaleta Anaiak), Ander and Imanol, come from the Basque Country. With their simple, yet technical and powerful sound, the young men take us back to an ancient time and offer a rich repertoire of fandangos, arin-arins and mutxikos, giving a taste of the Basque traditional music. We will have a chance to hear and see the area’s traditional instruments such as Ander’s trikitixa, the Basque accordion, and Imanol’s pandero (drum) and aboka (bagless bagpipe).

The Zabaleta brothers grew up in a music-filled environment and started learning their instruments at a relatively young age. Their playing has graced countless parties, weddings and other occasions, as well as giving them a chance to travel widely in Europe and even the United States of America. Taking part in many trikitixa competitions has left them with remarkable technical proficiency. Imanol has an extensive background in traditional Basque dances. Having danced in several local dance groups for many years, he has travelled all over Europe to share his knowledge and skill through dance workshops.

Instruments in hand and a smile on their faces, they will come to Estonia to share a fragment of their culture and, in turn, learn a thing or two of our dances and music.